I auctioned off an ice cream making tutorial, complete with four flavors of the winners’ choice, and cocktails. Four graduating women won the prize. Amidst drinks and my two favorite flavors (J & A — you remain super popular), I came up with a new one at the winners’ behest. It mixes a lovely lemon base with a delicious shortbread mix-in courtesy of Melissa Clark and the New York Times — and is sure to be a crowd pleaser. Better still, you only need half the shortbread from the recipe; you can snack on the rest. 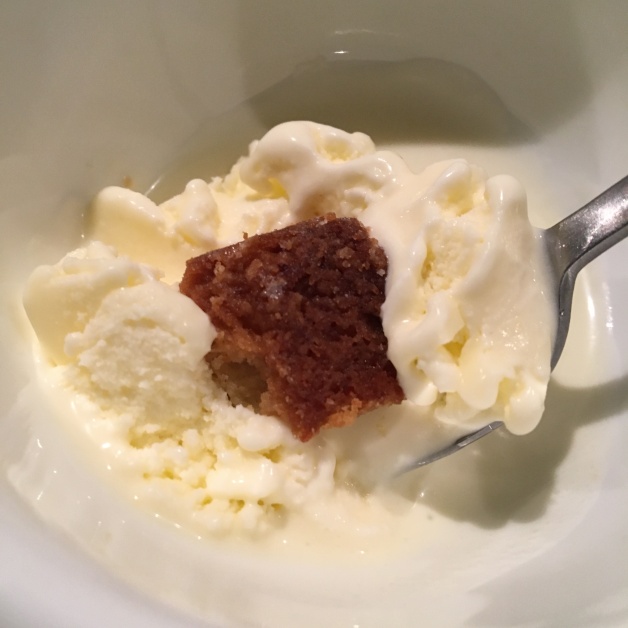 For the ice cream:

zest of one lemon

half recipe of Melissa Clark’s Rosemary Shortbread, crumbled into chunks

Make the shortbread in advance, then take half of it and crumble it into small pieces (roughly marble sized).

Whisk to combine cream, 1 cup milk, sugar, salt, and lemon zest, in a medium pot. Heat over medium heat for a few minutes, but do not let it boil. Once the mixture is hot, remove from heat and cover for thirty minutes.

Whisk three egg yolks in a medium bowl. It’s OK if there are some traces of egg white — no need to be a perfectionist — but try to minimize that. Pour remaining cup of milk into a large bowl, then place a strainer above it.

Reheat the dairy mixture. Once the mixture is warm, slowly ladle about a cup into the egg yolks, whisking with one hand while ladling with the other to temper the yolks.

Once complete, transfer the yolk mixture to the pot, and then return to medium heat. Stir the mixture with a rubber spatula, scraping the bottom at times. Once the custard is thick enough to slightly coat the back of the spatula (another sign: you will start to notice that scraping the bottom of the pot encounters some solid residue), remove from heat and pour through the strainer into the bowl.

Place the bowl in an ice bath to cool for thirty minutes (if you’re too lazy, it’s ok to just do this on the counter). Then, cover the bowl with plastic wrap or a lid and refrigerate for at least two hours before churning.

When ready to churn, whisk the mixture to reincorporate the base. Pour into the ice cream maker and follow the instructions. While churning, place 1/3 of the shortbread crumbles at the bottom of the container. Then add half the ice cream when it is done churning. Place a bit more of the shortbread, then add the remainder of the ice cream and top with final shortbread pieces. The layers will probably not stay in place perfectly, which is fine. Freeze for eight hours.